There’s nothing worse than getting a temperature warning on your iPhone. But the truth is, overheating is a common problem with all phones, not just iPhones.

However, it’s also important to pay attention if your phone frequently overheats, as it can affect the battery health of your iPhone. This article will look at the causes of iPhone overheating and mention a few fixes.

Why is your iPhone overheating? – The main reasons

The first question to ask is why your iPhone gets overheated? Does it depend on some sort of activity or the duration of using it?

Unfortunately, there is no single cause for this problem. However, overheating has a lot to do with your iPhone’s CPU.

It will start to overheat because the CPU (the core processing unit) is the core of your iPhone where all calculations and functions must be taken place.

Therefore, if the CPU gets too busy with heavy apps or additional tasks, you are more likely to experience overheating. It’s a hardware malfunction that shouldn’t happen – but it does.

Certain tasks like setting up your device for the first time and restoring your iPhone, for example, will typically consume a large amount of battery and place a heavy burden on the CPU and RAM.

This is then converted into heat, which can force your iPhone above a normal temperature.

This could be caused by a few things – having too many apps open when you don’t need them is a very common cause of overheating, along with background app refresh.

It could also be from using heavy apps for an extended period of time, and using outdated apps that require extra CPU calculations can all lead to iPhone overheating too.

5 ways to cool down your iPhone quickly

To avoid overheating, all you have to do is change how you treat your phone. Note that even simple actions lead to the best results.

You can remove the casing as one of your options. However, while we understand that you put a case on your phone to protect it from damage, you must remove it to maintain it cool since the case serves as an insulator and makes air circulation more difficult.

Alternatively, you can spend a little extra and get a phone cover with vents, such as the Razer Arctech Pro.

Sunlight can cause a mobile device to overheat, especially in a phone holder for use with GPS apps. If you often use your phone while driving, we recommend purchasing phone holders that can bend to keep it out of direct sunlight to avoid overheating.

You can also try to put the phone away from the direct sunlight for a few minutes or purchase wireless chargers with built-in fans.

Playing video games and watching movies are two more causes of phone overheating. Suppose you’re wondering why; it’s because all of your phone’s components, such as the CPU, RAM, and screen, are engaged.

So if the game is resource-intensive, you should avoid playing it for more than an hour. This will give your phone time to cool down and resolve any overheating issue.

4. Disable connections when they are not in use

Another best practice is to turn off connections when they are not in use. Connectivity options include Wi-Fi and Bluetooth, and GPS.

Suppose the overheating persists after placing the iPhone in a cool location or performing the above mentioned method. In that scenario, you should back up your iPhone and reset it. To do this:

You are likely to solve the problem at this point.

Common questions about your hot iPhone

Can a phone overheat due to ambient temperature?

Yes. Most phones operate at temperatures ranging from 0° to 35°C (32° to 95° F) and relative humidity levels ranging from 5 to 95% non-condensing. So, if you’re in an area where the temperature is outside of this range, you’ll need to take precautions to keep your phone safe.

When overheating can be normal?

Under certain situations, you don’t need to be worried about overheating, as it is considered a natural part of the process.
For example, overheating because of playing games for a few hours, watching videos, running very sophisticated and heavy apps, and updating software are normal in phones.

Can I put my iPhone in the fridge to cool down?

No! Just like hardware damage can be caused by your iPhone being placed in temperatures that are too hot, the opposite can also be true for cold temperatures. Avoid leaving your phone in the fridge if you want to avoid long term damage.

My iPhone says it needs to cool down but it’s not hot?

Even though your iPhone may be a normal temperature on the outside, that doesn’t mean that the battery is. The internal components of your iPhone could be overheating whilst the outside is still a normal temp. Either way, you should move your phone to a cooler environment to avoid damage.

Overheating is a problem that affects all smartphones. It’s annoying to have a phone that isn’t working properly because of overheating.

In these situations, you should try to figure out what is causing the phone to overheat and stop doing it. It could be that it’s just a hot day, a hot car or some other heat source that is causing these overheating problems.

If the procedures we described above don’t work for you, take your iPhone to a repair shop since the problem might be with your battery, which can lead to major issues. 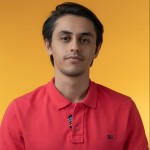 9 reasons why your iPhone volume buttons are not working